März 03, 2016
According to Oxford Dictionaries and Wiktionary you will find the following under the word conspiracy:

"... A secret plan by a group to do something unlawful or harmful. ..."
"... The act of two or more persons, called conspirators, working secretly to obtain some goal, usually understood with negative connotations. ..."

The collaboration of several people at the BCV spanning over several hierarchical levels of the bank is beyond doubt. The conspiration began with the "simple" clerk Mr. Christophe Meylan, followed by Mr. Raynald Mayor, proxy holder of the BCV Morges, as well as Mr. Patrick Blanc, vice branch manager of BCV Morges. In addition the lawyer Mr. Pierre Godel and the CEO Mr. Pascal Kiener were also involved in the incident. Last but not least, BCV's Compliance Department was also informed about my case.

The objective was clear, to keep me with my business idea away from the Swiss market in order to protect the local companies from my competition.

The fact that the second largest Swiss Cantonal Bank has to resort to such means in order to protect local companies shows very clearly how promising my business idea in reality was!

Is BCV afraid of foreign competition ...? 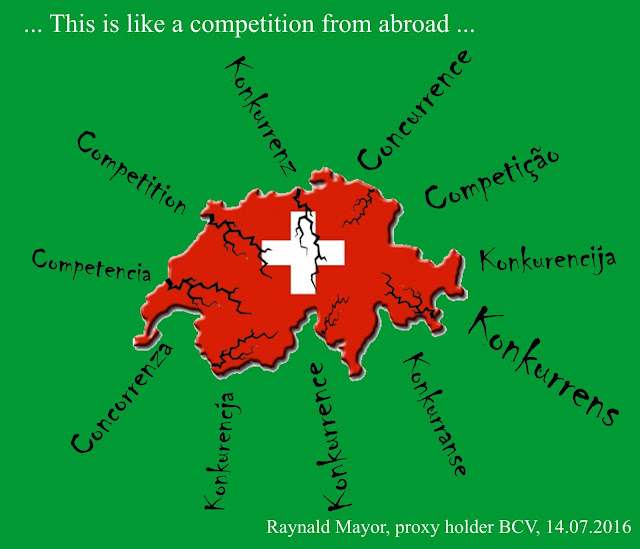 Is that the real reason why Banque Cantonale Vaudoise wants to protect the Swiss market from my business? Is BCV afraid of foreign competition ...?
Mehr anzeigen 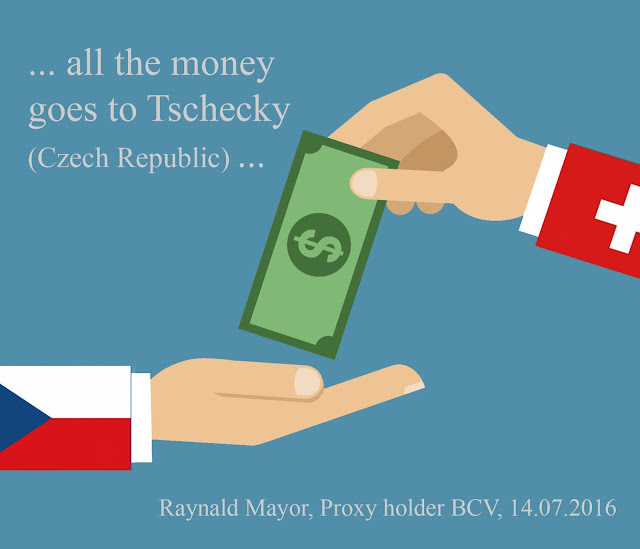 Is that the real reason why BCV wants to protect the Swiss market from my business? BCV does not want all of the money to go abroad ...? Here you can hear Raynald Mayor`s statement:
Mehr anzeigen